If you thought that the tennis spectacle had reached its height with John McEnroe and Mansour Bahrami, that’s because you didn’t know Ricky, the tennis instructor. It’s difficult to put the public in your pocket when it’s already full of balls, but he does. Balancing after balancing, juggling after juggling with no more than three chairs and a few deformed rackets, winning in white in straight sets.

His snobbish, bullying attitude, a parody of many famous players, makes him the number one ATP, the Association of Theatre Professionals. The Comedy Festival is a Grand Slam tournament: it will be a virtuoso performance! 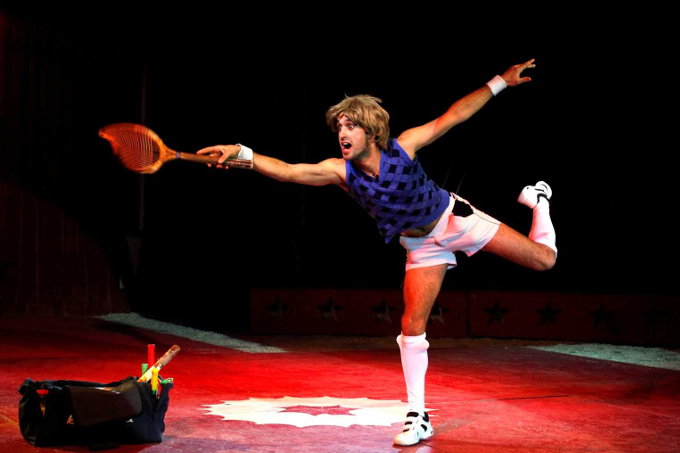